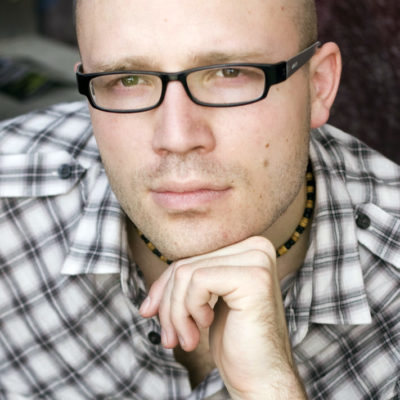 Till has been doing magic for 29 years – with shows all around the world. He has perfected the skill of artfully weaving together imagination, story telling, psychology, misdirection and sleight of hand wizardry. This turned out to be very helpful on his journey as an entrepreneur. It helped him create 7 companies and captivate millions of users.

Now he is teaching what he has learned to others, explaining how to imagine a future that is impossible today, and then to go out and create it, either through technology, science, or just plain old magic.

“Till is an inspiring speaker, entrepreneur and mentor!” Adam Cheyer, Founder of Siri “He truly can make you believe in the impossible.”
Steven Puri, VP 20th Century Fox (Die Hard, Wolverine)

“Till is one of the greatest artists of our time, and his medium happens to be magic. He’s incredibly original and mesmerizing to watch.”
Ryan Pamplin, VP Sales Meta 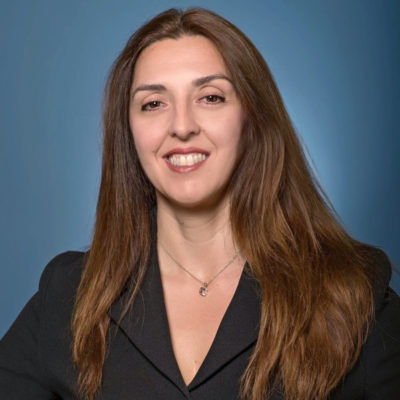 Pilar Manchón is the Senior Director of Research Strategy at Google AI, focused on advancing the state-of-the-art in the field, applying AI to products and to new domains, and developing tools to ensure that everyone can access AI.

Pilar also serves on the Advisory Board of numerous AI companies and venture capital firms. She is an investor, a lecturer and a public speaker.

Pilar has been a leading voice within the AI industry for more than 22 years: as an entrepreneur, driving her AI startup through a successful exit, and as an executive at companies such as Roku, Amazon and Intel. After building high-performance teams, launching full product lines, raising millions in venture capital and developing leading-edge AI, Pilar believes that having an inspiring mission and a hard-working, determined and diverse team are the key to a successful venture. Pilar’s main areas of expertise range from Natural Language Understanding and Multimodal Conversational Systems to Speech Recognition & Synthesis, Machine Translation and Language Technologies and AI in general. Pilar is particularly interested in Intelligent Conversational Agents, Cognitive Science, Machine Learning, Human-Computer Interaction, User Experience, Artificial Intelligence, Cognitive Computing, Ambient Computing & Robotics.

Pilar is originally from Spain and holds an MSc. in Cognitive Science and Natural Language, a Masters in Business Internationalization and a Ph.D. in Multimodal Conversational Systems. 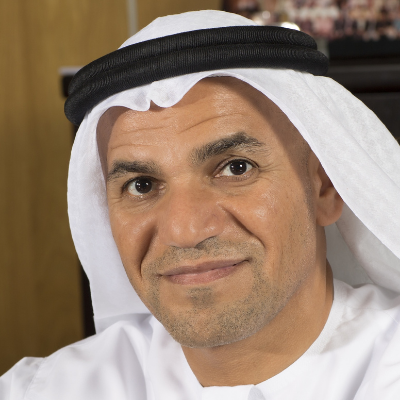 Director, Center for Futures Studies at University of Dubai

Dr. Saeed is a futurist, thought leader, author and a public keynote speaker. He has been into many positions: the founder and former Director General of the Emirates ID Authority, a former member of the scientific advisory committee of the UAE Space Agency, and a former Advisor to the Minister of Foreign Affairs on information technology.

Currently, He is the director of the Center for Futures Studies at the University of Dubai, an adjunct lecturer of public policy science & technology track at the Mohammed Bin Rashid School of Government. He is a member of the Global Future Council of the World Economic Forum (WEF) on AR/VR, and he is on industrial advisory boards of several universities in the UAE.

He co-authored the book Digital Nation: How the UAE is building a future based on tech innovation. He has written several articles and reports that were published in Harvard Business Review Arabia and Dubai Policy Review Journal. He has been invited to speak at prestigious universities and international platforms including the University of Oxford, the University of Cambridge, the WEF, the UN, OPEC, and the Abu Dhabi Global World Early Childhood Development (WED Movement). 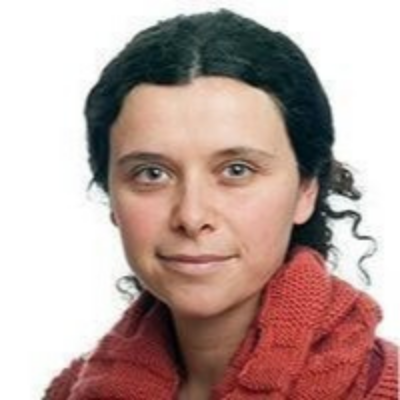 Marta is an empowering leader, instructor and mentor, driven by excellence, mathematical rigour and bold creativity.

She has 15 years of international experience working as a data scientist at industry and academia with a multidisciplinary background: Data science, physics, neuroscience, finance, machine learning, economics.

Marta believes and practices agile data science, continuous delivery and continuous improvement. She teaches data science, statistics and programming to undergrads and master students and is a frequent speaker at technological and outreach events. 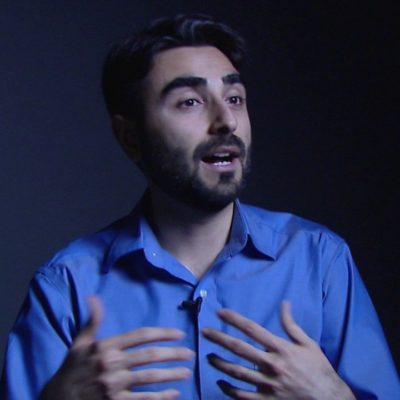 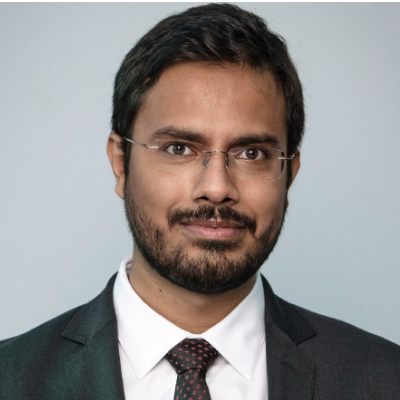 Jayant Narayan is currently managing the World Economic Forum’s Global AI Action Alliance – a collaborative platform to accelerate benefits of AI while mitigating its risks. He works with leaders from across the public and private sector on issues related to technology and AI strategy, deployment and governance.

Jayant has a B.Tech in electrical engineering and started his career as a software engineer, working for Fortune 500 clients in retail, pharma and automotive industry. He later transitioned to public policy, served on the board of an educational NGO and worked on various policy issues with GIZ’s Indo-German Environment Programme, including new and emerging policy areas like India’s law on electronic waste recycling. He has a Master’s in Public Administration from Columbia University.

In his previous roles at the World Economic Forum, Jayant has been instrumental in launching the Forum’s Global Lighthouse network – a network of factories leading on technology and innovation. In his most recent role, he also helped build the strategy and operations for the Forum’s Centre for the Fourth Industrial Revolution Network. Jayant is also part of the strategy team for C4IR India. 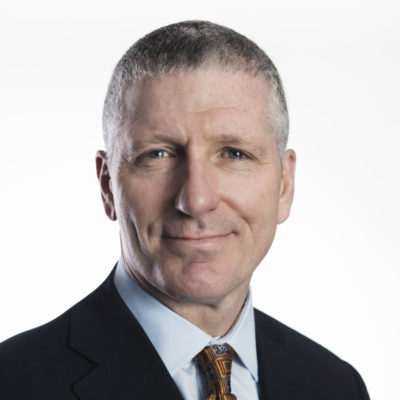 As CEO of Cosworth Groups Holdings Ltd, he has led the evolution of the business from a motorsport centric cost center to a rapidly growing and profitable transportation technology company focused on enabling our customers to successfully make the transition to clean and intelligent mobility. 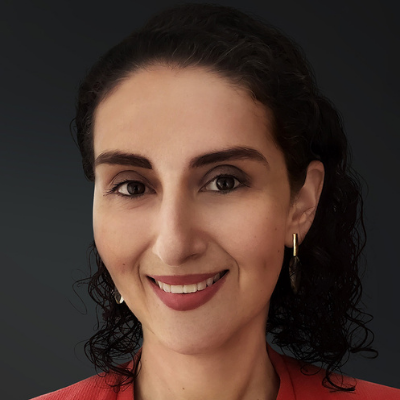 Flavia Ciaccia has over 15 years of experience in managing international and multicultural projects. She leads research that focuses on human-centered design and user experience at Eve Urban Air Mobility Solutions. She believes it is essential to rethink urban mobility and bring consumer insights into the development of solutions that improve people’s lives.

Flavia holds a Ph.D. in production engineering from University of São Paulo and a postgraduate degree in Strategic Innovation Management from FIA. 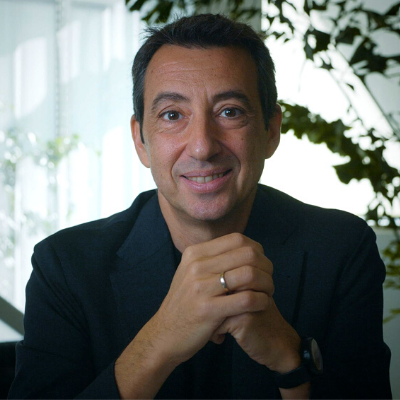 Federico leads global multidisciplinary teams in the USA, Asia and Europe to design new generation of experiences and envision future products. As a designer, innovator, and social scientist, he focuses on the impact of networked digital technologies on human behavior and society, and designs products, services and meaningful experiences to improves people’s lives.

Before joining Samsung, Federico was an Associate Professor of the Practice at the Massachusetts Institute of Technology, teaching at MIT and MIT Media Lab. He also founded and directed the MIT Design Lab and the MIT Mobile Experience Lab. He previously worked at Motorola, Inc. and Philips Design, envisioning and creating innovative product experiences. He has been awarded honorary professorships at the Glasgow School of Art, University of Glasgow and the Jiangnan University School of Design in Wuxi, China.

He has published several scientific papers in peer-reviewed journals, along with books and articles, and he has won several awards for his design and innovation work. Federico earned the PhD degree in Sociology of Culture and Communication from the Sorbonne University, Paris V, with a focus on mediated communication and social interaction in networked communities and smart cities. 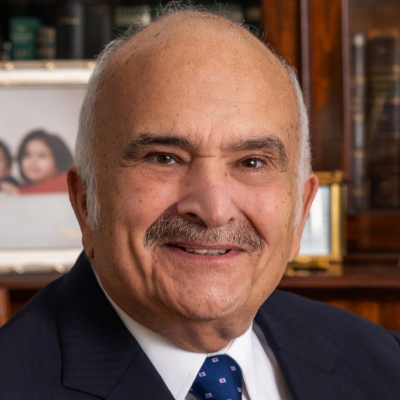 His Royal Highness Prince El Hassan bin Talal was born in Amman, on the 20th of March 1947. HRH is the youngest son of Their late Majesties King Talal and Queen Zein El Sharaf. Prince Hassan is the brother of His late Majesty King Hussein and uncle of HM King Abdullah II of Jordan. HRH served as Crown Prince from April 1965 until January 1999. As Crown Prince, Prince Hassan chaired committees overseeing Jordan’s first development plan (1973-1975) and the three subsequent development plans (1976–1980, 1981– 1985 and 1986–1990). HRH played a key role in peace negotiations between Jordan and Israel that culminated in the Peace Treaty between the Hashemite Kingdom of Jordan and the State of Israel in 1994.

A pluralist and staunch advocate for the rights of all to live in peace, security, and dignity, HRH established in Jordan, the Arab Thought Forum, the Royal Institute for Interfaith Studies, the Higher Council for Science and Technology, the Royal Scientific Society, the West Asia-North Africa Institute (WANA), and the Regional Security Centre. On the international stage, many of Prince Hassan’s ideas and initiatives have been catalytic to international decisions and resolutions. Prince Hassan’s activities have included co-chairing the Independent Commission on International Humanitarian Issues (ICIHI) of which its final report was adopted as a resolution at the 42nd General Assembly of the United Nations.

He has also served as Commissioner on the Commission on the Legal Empowerment of the Poor. He was Chairman of the United Nations Secretary-General’s Advisory Board on Water and Sanitation (UNSGAB) and continues to work on water-related issues as the Chairman of the High-Level Forum on Blue Peace in the Middle East. Currently, Prince Hassan is an honorary co-chair of the World Refugee and Migration Council (WRMC), where HRH is committed to the active implementation of the Council’s recommendations as proposed in its Call to Action particularly those focused on responsibility sharing and accountability. HRH has also supported WRMC research projects looking at longer-term alternatives for hosting Syrian refugees as well as studies looking into how COVID-19 has impacted refugee communities in Jordan.

Prince Hassan has had long and active engagements with environmental organisations such as the Trans-Mediterranean Renewable Energy Cooperation (TREC) Network and, in cooperation with the British Royal Geographical Society, the Jordan-based Badia Research and Development Program. As the Lead Convenor of Jordan’s Zero Hunger Strategic Review, HRH is currently involved in the development of a comprehensive and strategic food security country-wide policy and strategy that addresses the many challenges of food security from water, energy, climate change, and structural economic and market factors to social dynamics and poverty.

A pioneer of interfaith dialogue and understanding, Prince Hassan initiated and hosted ongoing consultations with the Orthodox Centre of the Ecumenical Patriarchate at Chambesy, Switzerland and the Pontifical Council for Inter-religious Dialogue at the Vatican. Prince Hassan is co-founder and Chairman of the Board of Trustees of the Foundation for Inter-religious and Intercultural Research and Dialogue (FIIRD). Now President Emeritus, Prince Hassan was Moderator of the World Conference of Religions for Peace (WCRP) from 1999- 2006. Prince Hassan is involved in the active promotion of sports both within Jordan and beyond.

As President of the Jordanian federations for martial arts, polo and squash, HRH has guided the development of the three sports to competitive levels on the world stage. HRH is himself an 8th Dan Black Belt in Tae Kwon Do and captain of the Royal Jordanian Polo Team. A qualified helicopter pilot, parachutist and scuba diver. HRH Prince Hassan is the author of several books, articles and papers, which include A Study on Jerusalem, Search for Peace: The Politics of the Middle Ground in the Arab East, Palestinian Self-Determination: A Study of the West Bank and Gaza Strip, and, in collaboration with novelist and journalist Alain Elkann, To be a Muslim: Islam, Peace and Democracy.