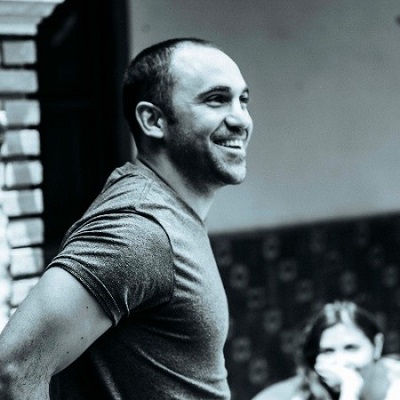 Equal part engineer and strategist, Fernando is a passionate and driven innovator with a relentless passion for projects that make the world a better place. This drive has powered Fernando through a career in technology, most recently leading the Business organization of SandboxAQ, a company using AI and Quantum technologies to solve challenging problems with positive impact.

Fernando started his career as a professional rugby player in Europe where he played two World Cups with the Spanish Rugby National team. He then joined Google/Alphabet in 2012 to help scale its services and products across Latin America before joining its secret innovation lab in Silicon Valley, X(formerly Google X), where he spent 6 years building new companies for Alphabet.

Fernando’s education and career spans 3 continents and a variety of industries, including energy, aerospace, transportation, robotics and AQ (AI + Quantum), in both the private and public sectors. He is an experienced business professional that understands how to create empathy with partners, lead teams and propel projects from concept to launch in the most challenging environments. His multilingual education (speaking 5 languages) and international experience allows him to adapt quickly to diverse business situations and find creative solutions to complex problems. Fernando is energetic and has learned to bring the values of rugby and high level athletics to his professional career. 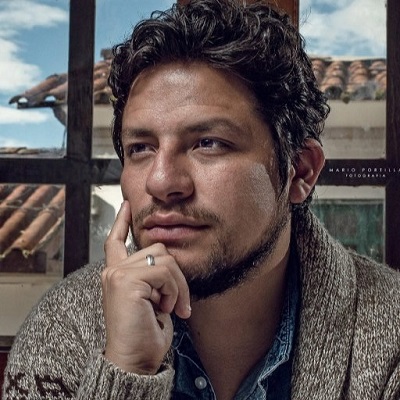 Gerardo Portilla  has a  PhD in robotics from the Polytechnic University of Madrid, is a researcher at ITEFI-CSIC and Director of Hardware Engineering at PetaOptik.  He has developed several innovation projects in the field of robotics focused on legged robot dynamics and artificial intelligence. His latest development called TEFI, is a robot dog that aims to guide and assist blind or dependent people, equipped with different systems such as GPS for navigation, artificial intelligence for decision making and voice processing algorithms for interaction with the user. 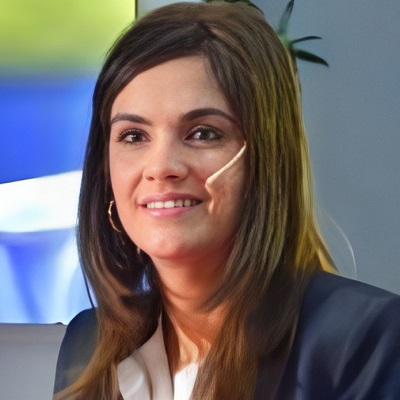 Lorna Ortiz-Soto coordinates Shell’s Hunter’s Networks across the globe to identify, discover and develop new ideas that can be applied across Shell in order to meet and benefit society’s current and future energy needs. Shell’s GameChanger program invests in novel, early stage ideas to bring them to proof of concept and if successful, work towards further development and commercial deployment. Ortiz-Soto previously worked in biofuels process development for Shell. She is President of Curando el Autismo CEA, a nonprofit organization that dedicates efforts in bringing information to Hispanic families about successful autism or neuroimmune dysfunction syndrome treatments in Spanish. She holds a Ph.D. from the University of South Carolina-Columbia and a BS in Chemical Engineering from the University of Puerto Rico. 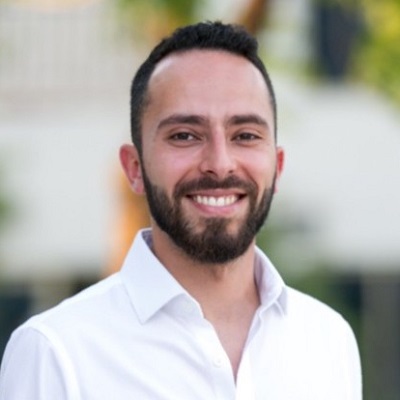 Mina Bastawros is the VP of Creative and Digital Marketing at Airbus. As an aerospace enthusiast, he made it his mission to generate excitement to enable aircraft sales, leading and establishing new disruptive and transformational business opportunities for Airbus. He is a Multi-lingual & Multicultural engineer at heart as well as a passionate about innovation, challenging the status quo.

I figure out what people want to hear and feed it back to them like they’ve never heard it before. 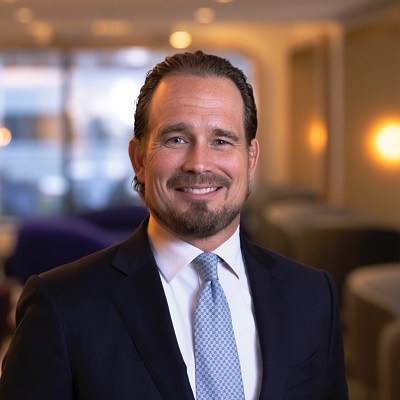 Mr. Leskinen received his bachelor’s degree in finance from Arizona State University and his M.B.A. from the University of Pennsylvania. 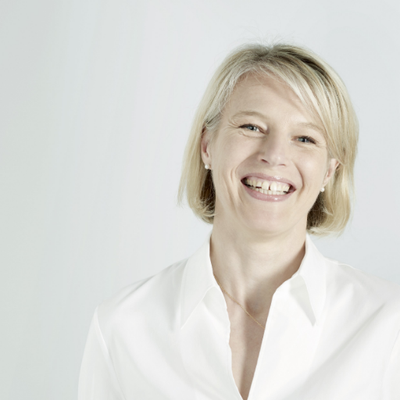 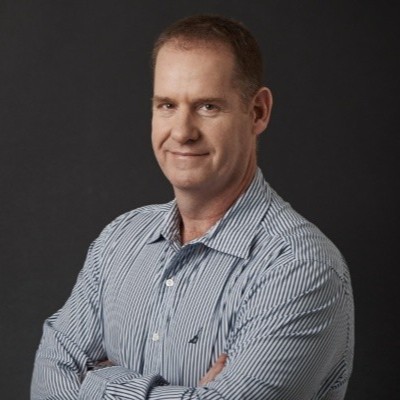 I am an experienced CEO with 25 years of experience in the software industry, and my passion is to develop new products, from concept to mass market adoption, an expert in defining business strategy, product development, marketing and business development. Throughout my career, both in large corporations and in startups, I have specialized in setting up new activities and growing them into profitable and meaningful businesses. Proven ability to establish innovative divisions and companies, and to build R & D, marketing and management teams. Rich experience in China, USA and Europe markets. 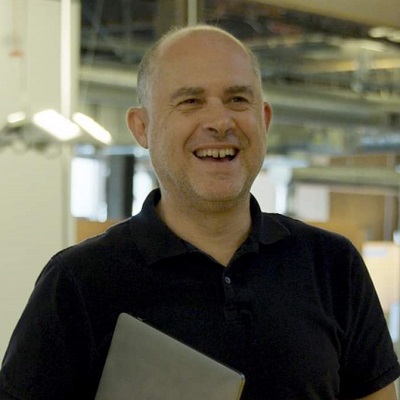 In 2018, as VP Portal, AR/VR for Facebook, Rafa Camargo was leading the team delivering the Portal platform, the future of video communications and home devices.

As he started working for Facebook in 2015 as Head of Product Engineering at Building 8, he contributed to Building 8’s goal to create and ship new, category-defining consumer hardware products that are social first.

He previously worked for Google as Head of Product Engineering – ATAP, for Amazon Lab126 as Director, Software, for Intermec as VP Product Development, and for Motorola Mobility where he held last the position of Senior Director, Android Platform.

Rafa Camargo started his career as Software Engineer in 1990 and worked 1 year in Madrid, Spain and 2+ years in Bremen, Germany for Deustche Arospace and the European Space Agency.

Rafa Camargo studied at Universidad Politécnica de Madrid where he graduated with a Master of Science (MS) in Telecommunication in 1988.

My whole career has been centered on curiosity. What’s driven me hasn’t been the next promotion or title, but instead, my innate desire to constantly experiment and learn as much as I can. I always ask myself: am I learning new things? Am I solving real problems for people? This is why I was so drawn to Facebook Reality Labs. I joined as the first product engineer in a group that would eventually become the Portal team. Having come from leading large teams, the move was a big risk for me. On the Facebook Reality Labs hardware team, we developed ideas and built prototypes at lightning speed and we landed on our smart calling device Portal. On top of all this, we were challenged to grow our team alongside the technology. 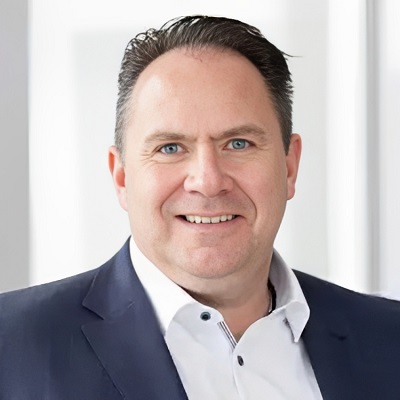 Before joining the Bosch Group in July 2020, Marcus built up Volvo Car Mobility in Sweden heading all finance, operations, customer care, data analysis and marketing activities. Previous to this position, he was co-founder of car2go (today ShareNow) and responsible for the development and scaling of the world’s largest car sharing company. Furthermore he lead the successful merger of mytaxi and Hailo to form one of Europe’s largest ridehailing providers (today FreeNow).

During his career he gained extensive knowledge in product development and the setup of organizational and legal structures for a successful roll out of business models in an international environment.

In his previous positions he always had a strong focus on environmental friendly mobility and is now concentrating on sustainable energy supply at Bosch. With his expertise in building and scaling business models, he defines the go-to-market of the stationary SOFC to shape the transformation towards a green energy supply for people, cities and industries. 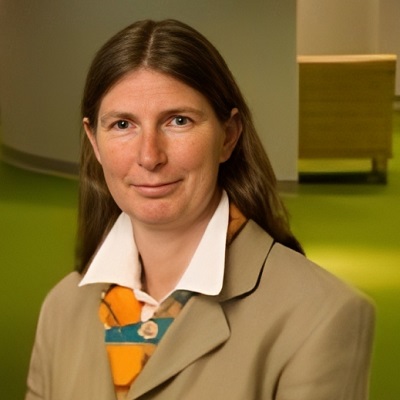 I am Caroline Basyn, SVP for Strategy and Transformation at PepsiCo Europe. My passion for Women’s development started in 1997, 12 years after I joined Procter & Gamble, when a more senior American leader in the company made me realize I had a mission to help drive the career of all women in IT in Europe. This was such a rewarding experience, followed by driving the Women’s development program for Bacardi and more recently by taking the leadership of making a difference for Swiss based women. In those experiences I have seen the differences and the unconscious bias that have disabled women to advance. I have also realized that every step we take makes a difference and that we all can contribute. I am inspired by the LEAD founders, as they scale all what we do, and make a bigger impact.