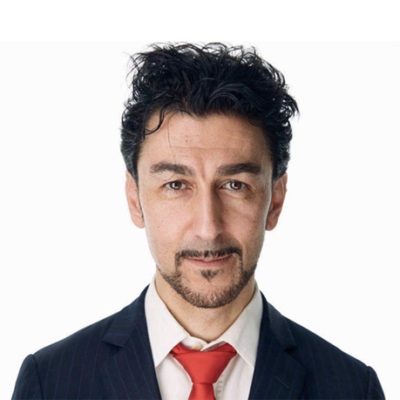 SpecialityCo-founder and Chairman of Hyperloop Transportation Technologies
Co-founder and Chairman of Hyperloop Transportation TechnologiesWith extensive experience in venture capital, finance, merger & acquisitions, transportation, and media, Bibop Gresta is internationally regarded as one of the foremost experts on advanced mobility and 4th Industrial Revolution technologies. He has been on the board of several stock listed companies in the UK, Germany, and Italy and led the international business development for various global companies. As the Co-Founder of Hyperloop Transportation Technologies (HTT), Mr. Gresta currently leads a team of 800 professionals in 40 countries that span 6 continents. HTT was the first company to begin the development of the Hyperloop™ and is the largest company ever built upon a collaborative business ecosystem. HTT, under Mr. Gresta's leadership, HTT has been revolutionizing both mobility and the outdated business model. In 2018, the World Economic Forum declared the company a Technology Pioneer. In addition to his entrepreneurial successes, he is a world-renowned speaker on issues ranging from impact investments to advanced mobility. Bibop has keynoted at events such as the World Economic Forum, United Nations, TedTalk, and has appeared on leading media outlets such as CNBC, CNN, Times, Forbes, and MTV. He’s an executive member of the closed think tank Rebooting Ethics by the Rockefeller Foundation. As a respected thought leader in ethical entrepreneurship, transhumanism, and sustainability, he has guest lectured at some of the most prestigious universities around the world.